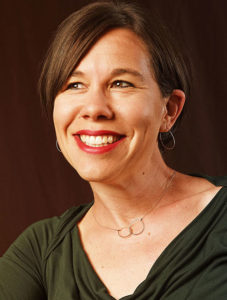 When I started my publishing career in 2000, the publisher I was working for was just dabbling in ebooks, author platform wasn’t yet a thing, and the editorial department made acquisitions decisions with very little input from the marketing department (something that’s now not only unheard of, but might be characterized as a negligent business practice). In 2012, I left traditional publishing by choice, partly in reaction to inevitable changes publishers were making for their survival, which included things like publishing only “sure bets” (i.e., books by celebrities and brand names), but also because of the sky-is-falling attitude people in the industry seemed to cultivate, a self-fulfilling promise that things would never be as good as they were in their heyday—a heyday I’d missed by about fifteen or twenty years.

Since 2012, I’ve been fully immersed in the world of nontraditional publishing, first with the launch of She Writes Press, the press I cofounded with Kamy Wicoff, and then becoming publisher of SparkPress when we merged with SparkPoint Studios, and most recently taking on the role of publisher of SheBooks, an ebook-only imprint which we acquired last year. All of these imprints exist for the sole purpose of giving voice to writers. We operate outside of the traditional space on purpose and by design because we know that sometimes—often in fact—the voices that most need or deserve to be heard are not finding mainstream support, or traditional outlets to publish them.

When I left traditional publishing I thought I’d miss it every day. I thought a big piece of me would somehow get left behind, and that I’d carry forward some nostalgia for better days, perhaps because that was what was being modeled for me by my higher-ups and mentors. But in fact I’ve found the opposite to be true. While I still admire some traditional presses, I no longer believe the myth they tell themselves—that they are the arbiter of what matters, and the most important decision-makers when it comes to what needs to be published or whose voices get to be heard. Over these past six years, I’ve talked with hundreds if not thousands of writers who are finding their own way—who are self-publishing, hybrid publishing, starting their own presses, finding new means by which to share their work (including things like podcasts, TED talks, and creating original video content). We live in a brave new content world where writers publish themselves every single day on social media, where writers are encouraged to be as prolific as they possibly can be, which necessitates new and exciting publishing paths that sometimes includes traditional publishing, but is certainly not limited to it.

Acquiring SheBooks has been an exciting development for our company because of all the many ways that an ebook can amplify an author’s message. The first author to publish on the new SheBooks, Kari Bovee, is publishing a Shoot Like a Girl, which is a prequel to her SparkPress novel, Girl with a Gun, and she’s releasing it as a loss-leader, meaning she’s pricing it at zero dollars (initially) for the purpose of driving people to her series-in-progress. Indie authors are the warriors of the publishing world because they’re innovative and they’ve learned how to push past any fears or reservations. To do what they do, they have to take risks, which are sometimes financial and scary. Sometimes the risk exists in the simple act of following through upon recognizing that the only way their words are going to get out into the world is if they show up and push them out there themselves. The new world of publishing is showing that much more important than where you get published, how much your last advance was, or how many copies you sold is believing that your words matter and that you have a place at the table. Your readership—current or future—cares way more that you show up than they do the vehicle that got you there.