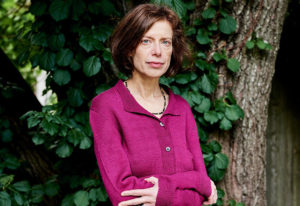 November 8, 2016, was supposed to be the Women’s Movement’s finest hour. We gathered with our friends and daughters to celebrate the first woman president! By midnight we were crushed beyond words. The only solace was to remember how far women had come. Just look where we started. For example, when I went to work at Ms. magazine, I had just gotten married, which meant I became “wife.” As such, I couldn’t get a loan without my husband’s signature.

Most restaurants wouldn’t admit women wearing pants. I belonged to a club that not only prohibited women in pants but made us enter a separate door and eat in a separate dining room. The “help wanted” ads were segregated “Help Wanted – Female” and “Help Wanted – Male.” You can guess which page had the most interesting and high paying jobs. Young women like me had abandoned any hope of playing sports seriously. I had loved playing basketball in high school (though it should be noted that we only played half-court because too much strenuous exercise was considered unhealthy for girls). When I got to college, there was no basketball. No women’s teams at all. The airline “stewardesses,” as they were called then, were cast as Barbie Dolls -pretty, under a prescribed weight, under 30, and unmarried – although they were fully trained to save lives. No exceptions. And a woman in the cockpit was to laugh at.

If I tuned in the tv news, I would never hear a woman’s voice; the conventional wisdom was that no one would take the sound seriously. Almost any experience for any woman confirmed her second-class citizenship and vulnerability. Lots of picketing, voting, and protesting later, much of that had changed. But somewhere around fifteen years along the way, the wave seemed to reach an ominous lull. It may have been partially due to the seductive notion that the war was won or at least it was on the negotiating table. After all, women were getting elected to congress in record numbers (1992 was dubbed “The Year of the Woman” in politics), showing up in board rooms, in science labs, fire departments, professional sports. It even looked like men were getting used to working for a woman. And abortion rights seemed to be, in Supreme Court parlance, “settled law.” But this turned out to be the calm before the storm. Susan Faludi”s 1991 ground-breaking bestseller “Backlash: The Undeclared War Against American Women” sounded an alarm. The Movement was being stalled, she argued, by a subtle form of psychological warfare waged by societal forces pushing back against change. Whereas the backlash against the early challenges to the status quo was clear and loud and in-your-face, this time, Faludi pointed out, the propaganda was warning women not to be seduced by progress: If you want equality, go ahead, but you will pay for it in infertility, spinsterhood, and unhappiness. Furthermore, feminists were peddling an impossible dream – Having It All, or as an En Joie perfume ad put it: “She brings home the bacon and fries it up in a pan.”

Frustrated by disappointment, women are becoming angry, vicious, and downright dangerous (think “Fatal Attraction”). “The anti-feminist backlash has been set off not by women’s achievement of full equality,” Faludi concluded, “but by the increased possibility that they might win it.” I am sure she will bring some wisdom for dealing with the current backlash when she appears at the Milford Readers and Writers Festival on September 28 (to talk about her recent memoir “In The Darkroom” as well as issues of gender and politics), because things seem to be going backward. After years of relatively peaceful progress, hard-won rights seem to be slipping away. The science labs that were full of women are losing them. Despite big words, the entertainment industry hasn’t done much to nurture female talent. Many board rooms are back to just one token woman. The number of women in Congress has gone down. And abortions rights are threatened big time. The backlash is back. But there is a front-lash. Since that gloomy night in November, a new generation with an agenda of their own has taken the lead – the Women’s march organizers, the MeToo movement, the Parkland kids. They are smarter, more politically savvy, more confident, and empowered than we were. I am confident that we will have the first woman president yet.